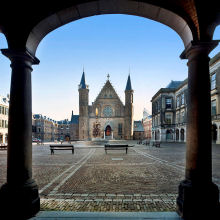 The name States General dates back to the 15th century. In 1464, the States General were convened for the first time by Philip III, Duke of Burgundy (Philip the Good). The 17 Burgundy districts in the Low Countries were represented in the States-General. From 1588 until 1795, the States-General were the assembly of the Seven United Provinces constituting the Dutch Republic (Gelderland, Holland, Zeeland, Utrecht, Friesland, Overijssel and Groningen). During this period, the States-General acted as the de facto federal government of the Dutch Republic. The States General also ruled the so-called Generality Lands (territories that did not belong to any province) and they exercised supervision over the Dutch East India Company (VOC) and the West India Company (WIC).

From 1814 until 1815, the States General consisted of only one chamber with 55 members that were elected per province by the provincial councils. In 1815 a bicameral system was introduced by amendment to the Constitution, establishing the House of Representatives (110 members, elected by the provincial councils) and the Senate (40 to 60 members, appointed by the King).

In 1840 and 1848, the influence of the States General was increased by amendment to the Constitution, and both Houses were given more instruments to scrutinize the work of the Government and to amend bills. To this day, the Constitution of 1848 forms the basis of the Dutch parliamentary democracy. From 1848 onwards, the House of Representatives had one member per 45,000 inhabitants, elected by residents who paid a certain amount of tax. The Senate had 39 members, elected by the provincial councils.

The right to vote

In 1887, the number of seats in the Senate and the House of Representatives was increased to 50 and 100 respectively. In 1917, universal suffrage was introduced for men, while women were granted the right to stand for election. In 1922, universal suffrage (for both men and women) was laid down in the Constitution.

A meeting of both Houses of the States General (the House of Representatives and the Senate) is called a Joint Session (Verenigde Vergadering ). The President of the Senate chairs this meeting. A Joint Session is only held on special occasions, for instance if the King or Queen is no longer able to exercise the royal prerogative. In such a case the Joint Session is called upon to appoint a Regent.

The best known Joint Session takes place every year on Prince's Day at the state opening of Parliament. That is when the King or Queen delivers the Speech from the Throne in the Hall of Knights at the Binnenhof in The Hague. 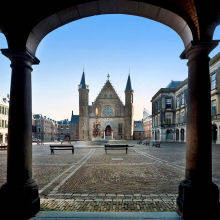